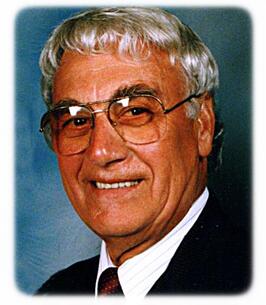 MALTA - The family of Ernest F. Amodeo, with profound sadness, announces his passing on September 14 -- three weeks before his 93rd birthday -- peacefully at his home.
“Ernie” was born in 1929 in Mechanicville, N.Y., to Carmella Lombardo Amodeo and Giovanni (John) Amodeo. He was the last survivor among their nine children. Ernie was a 1946 graduate of Mechanicville High School, where he played both basketball and football.
He served in the Korean Conflict (1950-52) as an Army PFC stationed with the 2nd Armored Division in Baumholder, Germany, before being honorably discharged. In 1954, he married Marguerite ‘Maggi’ Nolen. The couple established their first home in Malta, N.Y., where they reared two children, Michele and Matthew.
Ernie worked for 25 years in quality control for the West Virginia Pulp & Paper Company (Westvaco) in Mechanicville, where he was responsible for overseeing quality in the fine papers division. He also worked part-time in sporting goods at The Boston Store in Latham, N.Y. When Westvaco moved its local operations plant to Kentucky, Ernie began a new career with Interstate Supply in Albany, N.Y. Beginning in 1979, he launched “Homes By Amodeo” new construction and property management, becoming one of three builders who constructed homes in The Luther Forest in Malta throughout the 1980s and 1990s. Ernie was blessed with a wonderful crew of talented tradesmen and a fine realtor in the late Claire Canavan.
Ernie became an avid boater and fisherman on Lake George, where he and his family enjoyed many wonderful days at The Mooring Post on Cleverdale, and later as a member of the Harris Bay Yacht Club.
He and Maggi loved their new home in Naples, Fla., where they often hosted family and friends. Ernie was a member of St. William’s Roman Catholic Church, and he enjoyed walking the beach and seeing his friends at the Naples Pier.
Ernie was a student of history and he loved reading. He also enjoyed solving crossword puzzles. He was an avid fan of the Green Bay Packers, and once was the guest of Hall of Famer James Lofton for a game at Lambeau Field. He also was the beloved “Uncle Ernie” to his many nieces and nephews in several generations in both the Amodeo and Nolen families.
In addition to his parents, he was pre-deceased by his daughter, Michele, who passed in April of this year; brothers Vincent, Anthony, John, and Alfred; sisters Carmella, Anne, Bridget, and Adeline; and infant twin daughters Marilyn and Marie.
Ernie is survived by Maggi, his wife of 67 years; son Matthew; loving daughter-in-law Tina; and many beloved nieces and nephews.
Interment with full military honors will take place Friday, Sept. 23 (12:30 p.m.) at the Gerald B.H. Solomon Saratoga National Cemetery in Schuylerville, N.Y. Those planning to attend are asked to meet at the cemetery Visitor’s Center at 12:15 p.m.
The family wishes to recognize Louis Morocco, who has been like a brother to Ernie; dear friend Tony Edwards, who has helped rekindle the wonderful memories we all shared as “boat people” on Lake George via his beautiful custom cards and videos; and Rich Meyer, who has been a dear friend of the family for many years.
Donations are encouraged to the outstanding organization which is Community Hospice of Saratoga. The family gives heartfelt thanks to the following care-givers who were wonderful to Ernie: Annah Bravata and Colleen Licata of Community Hospice; Rebecca Coleman; Tina Passino; Darlene Gendron; Tonia Havens; Jessica Gonzalez; Jenee Monell; Tracey Ambesi; and Laura Dodge.