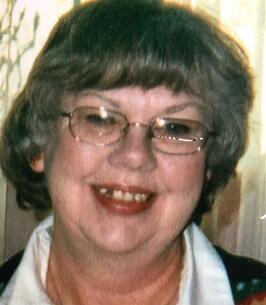 MECHANICVILLE - Jeanne Buechler Rando, 76, of Park Avenue, died Friday, Sept. 16th at Albany Medical Center, following a brief illness.
Born in Albany, July 11, 1946, she was the daughter of the late Joseph and Elizabeth Nennstiel Buechler. Jeanne worked for a number of years as a claims processor for United Healthcare of Albany. After retiring, Jeanne helped assist local family’s loved ones, as a home healthcare aide for a number families, something that she took pride in doing for others.
She enjoyed reading, crocheting, cooking, especially her family’s favorites, potato salad and corned beef.
Survivors include her five children: Katherine (Steven) Phillips of Saratoga Springs, George (Megan) Rando of Gansevoort, James (Donna) Rando, Joe and Anthony Rando all of Mechanicville. Six grandchildren: Sara, Antonia, Juliana, Jake, Emily and Rachel. Her siblings: Bernice Parks of Guilderland, Barbara Cooper of Clifton Park and David Buechler of No. Carolina and their families.
Jeanne was predeceased by her sisters Linda Waddington, Mary Bethka and brother Joseph Buechler and former husband and father of her children George Howard Rando.
A Funeral Service will be held on Tuesday, Sept. 20th at 7 PM a the DeVito-Salvadore Funeral Home, 39 So. Main St., Mechanicville. Calling hours at the Funeral Home will be held prior of the service from 5-7 PM
In lieu of flowers, remembrances may be made to either the American Heart Assoc. or American Diabetes Assoc in loving memory of Jeanne E. Rando.