Obituary for Michael A. Zurlo 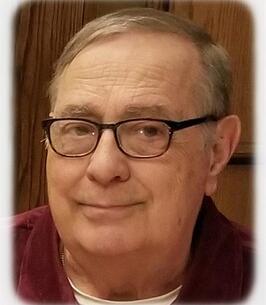 MECHANICVILLE-Michael Anthony Zurlo, 80, passed away peacefully at home, with his family by his side, on Sunday, September 11, 2022, after a long illness.
A lifelong resident of Mechanicville, Mike was born on November 23, 1941, to the late Philip “Tony” Zurlo and Vincenzina “Vinnie” Lanzone Zurlo. He was a graduate of Mechanicville High School and studied business at the University of Notre Dame.
In 1963, he met the love of his life and future bride Carole Piscitella Zurlo, and the two married a year later on August 16, 1964. For nearly six decades, they never spent a day apart. They truly were each other’s best friend and lived out their vows every single day. In good times and in bad, in sickness and in health, Mike and Carole were always together and holding hands.
They welcomed four children into the world-Mary Beth, Michael, Jennifer and Amy-and built a wonderful life based on love and laughter. Together they created countless family memories of vacations to the ocean and Lake George, summers by the pool, Sunday dinners, amazing holidays and birthday celebrations and an uncanny number of photos of Dad in crazy hats.
He was a lifelong parishioner of All Saints on the Hudson (formerly Assumption St. Paul) in Mechanicville and retired from Northland Filter Systems in Stillwater, after working there for many years as a comptroller. In his retirement, he worked part-time at The Home Depot in Clifton Park.
In his free time, Mike enjoyed the simple things in life: reading, gardening, playing bocce ball, baking pies and cakes, working on puzzles (especially Sudoku) and spending time at the kitchen table with his scratch off tickets. He liked sports, especially watching horse racing, NASCAR and old professional wrestling, and always cheered on his favorite driver, Kevin Harvick, as well as the Yankees and his Fighting Irish. And he loved a good meal, especially pasta, as well as a perfectly made Manhattan (2 and 1).
Mike also loved joking and chatting with others. He knew everyone around town and could not make it through a trip to the market or post office without running into someone to catch up with. He had a great sense of humor and a laugh that lit up his face. Honest and straightforward, and as stubborn as they come, you could always count on him to share his opinion on something or give you his advice.
But more than anything, Mike loved spending time with his family, especially his nine grandchildren who brought him so much joy. He loved seeing them and had an endless supply of hugs, high-fives and “bunk-a-beanies” to share. He always ended every family visit with a “Be careful” and a wave out of the front window.
In addition to his parents, Mike is predeceased by his beloved eldest daughter, Mary Beth, who passed away earlier this year. He is survived by his loving wife of 58 years, Carole; son Michael Zurlo of Hendersonville, TN; daughter Jennifer (Bill) Owen of Windsor, CT; daughter Amy (Matt) McGeady of Clifton Park, NY; son-in-law Tim Blancha of Clifton Park, NY; and grandchildren Anthony, Emily, Stephen, Megan, Jason, Jack, Ben, Daniel and Isabel.
Calling hours will be held on Thursday, September 15 from 5-7 p.m. at DeVito-Salvadore Funeral Home, 39 S Main St, Mechanicville. A Mass of Christian Burial will be celebrated on Friday, September 16 at 10 a.m. at All Saints on the Hudson Church, 121 N Main St, Mechanicville with interment to follow at St. Paul’s Cemetery in Mechanicville.
Family meant everything to Mike. He was an amazing and devoted husband, father and grandpa, who would do anything for those he loved. To honor his commitment to family, please consider a donation in his name to the St. Jude Children's Research Hospital.
Mike’s family would also like to extend a special thank you to the caring and compassionate nursing staff, therapists and home health aids from Eddy Home Care, especially Theresa and Lisa, as well as Dr. Stephen Sgambati. Your kindness will never be forgotten.
The last three years were difficult for Mike but he was so strong, stronger than anyone could have ever imagined. He faced every hurdle with optimism and determination and never once complained. He set an amazing example for us all and we are so proud of him.
We love you so much and will miss you every day, until we see you again.