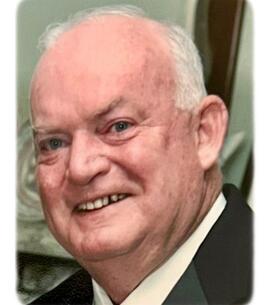 MECHANICVILE - Daniel T. Pickett, Jr., 79, of Mechanicville, died peacefully on August 21, 2022 at Saratoga Hospital surrounded by family. Born in Albany, NY on May 4, 1943, Dan was the oldest son of the late Daniel T., Sr. and Marie O’Connor Pickett. He was a communicant of St. Paul the Apostle parish where he served as an altar boy. He graduated from St. Paul’s Parochial School in 1957 and Mechanicville High School in 1961, where he served as Senior Class President. Dan was a standout athlete for the MHS Red Raiders. Dan excelled in basketball, baseball and football and held several basketball scoring records for many years. He was a key player on the 1960 team that won the Section 2 basketball championship. The name “Danny Pickett” was synonymous with MHS basketball during the late fifties and early sixties. Dan earned eleven varsity letters in his years at MHS. In 2017, Dan, along with his “baby sister, Eileen,” was inducted into the Mechanicville High School Athletic Hall of Fame as an All Around Athlete. After graduating from MHS, Dan continued his education at Niagara University, SUNY Cortland, and Siena College. He then proudly served his country in the US Army, stationed at Schofield Barracks in Honolulu, Hawaii, where he played on the All Army baseball team. He also played semi-pro baseball and fast pitch softball for a number of years. On October 14, 1967, Dan married the love of his life, Rosemarie Kitrick and together they raised three sons. They were so proud of their three boys’ academic and athletic accomplishments. Dan and Roe loved to host family dinners and get-togethers. The Pickett home in Tallmadge Park was always a fun place for family and friends to celebrate the annual Mechanicville Family Day festivities in the park, and their annual Christmas party was one that friends and family looked forward to year after year. Dan and Roe and their family enjoyed many years of vacationing on the beach at Ocean City, NJ. Dan coached Little League baseball for several years and was a member of both the Mechanicville and Saratoga National Golf Clubs. He was also a member of the Italian Fraternal Club. Dan was employed as an accountant by the Korell Co., a dress manufacturing company in Mechanicville until its closing. He then was owner and operator of Gilheany Liquor Store for several years. It was in the basement of the liquor store in 1992 that Dan and Roe had a vision for technology and formed D&R Management Services. Together with their sons, the company evolved into nfrastructure Technologies, a highly successful company that designs, builds, and operates technology infrastructure and applications for large enterprises. Dan is survived by this three sons and their families, Daniel T. III, Jennifer, Caroline, Olivia, Daniel T. IV, Gabriella, and Nick of Saratoga Springs, John A., Amy, Jonathan and Jacob of Mechanicville, and Christopher M., Melissa, Ryan, Connor, and Brennan of Saratoga Springs. He is also survived by three sisters, Mary Anne, Margaret (Tom) Brocks, and Eileen (Bruce) Kivlin and three brothers, John J. (Mary Grace) Pickett, William F. (Tina) Pickett and Thomas J. (Patricia) Pickett, his sister-in-law, Gerri (Glenn) Fagan, and many nieces and nephews. In addition to his parents, Dan was sadly predeceased by his wife, Rosemarie in 2007 and in-laws, J. Arthur and Marie (Net) Kitrick. Dan’s son, John and daughter-in-law, Amy opened their home to Dan and provided loving care for Dan in his final years. The family would like to extend their deepest gratitude to Dr. Carl Sgambati for his exceptional care and Dan’s other wonderful caregivers, Deb, Lisa R., Lisa G., Marlene, Joanne, Cathy, Ann, and Megan, along with his special friends who called him “Pop,” Kaile, Amanda, Allison, and Kolton, who provided much love and compassionate care over the years. Calling hours at All Saints on the Hudson(St. Paul’s) Church, 121 N Main Street, Mechanicville, NY on Thursday from 10AM - 12:15PM. A Mass of Christian Burial will start promptly at 12:30PM with military honors and burial to follow at Saratoga National Cemetery. Full obituary will appear in Wednesday edition. In lieu of flowers, the family urges that donations be made to the Alzheimer’s Association of Northeastern New York, 1003 New Loudon Road, Suite 201, Cohoes, NY 12047 or alz.org. All donations would be sincerely appreciated. Arrangements by the DeVito-Salvadore Funeral Home, Mechanicville.