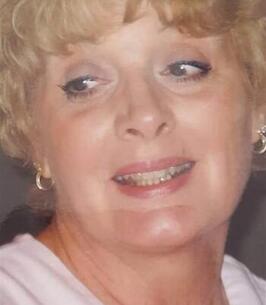 MECHANICVILLE - Jody Baker Wiley, 71, of East Street, died Saturday, August 20, at Saratoga Hospital after a yearlong battle with a rare form of cancer.
Born in Troy, July 17, 1951, daughter of the late Merrill Baker Jr. and Priscilla Calhoun Baker and adopted and raised by her paternal grandparents, the late Merrill and Ethel Moore Baker, Sr.
Jody was a graduate of Stillwater Central School, and served as a secretary for the New York State Dept of Health in Albany for over 40 years before her retirement. She later became a caretaker for a number of people in their time of need, relieving their family’s concerns and confidence of loved ones safety.
Jody enjoyed baking, cooking, took pride in the cleanliness of her home, and best of all, loved time spent with her family, especially her grandkids.
Survivors include her daughter Michelle (Robert) Orzel of Ballston Spa, son Scott (Lynda) Wiley of Powell, Ohio, grandkids Rachel and Nicholas Orzel, Caroline and Chase Wiley, brother Jeffrey (Noreen) Baker of Halfmoon and sister Virginia Whitman of Malta and loyal companion Paul Phillips, and nieces and nephews and many friends.
Jody’s family thanks their Mom’s friends and caregivers Sue Kussius, Kathy Messore-Werber and Joan Ronda, and staffs of Saratoga Hospital, OSU (Ohio State Univ) James Cancer Ctr and Reunion Rehab Hosp of Ohio.
A Funeral Service will be held Saturday at 10 AM at DeVito-Salvadore Funeral Home, 39 So. Main St, Mechanicville, with burial to follow in St. Paul’s Cemetery.
Calling Hours at the Funeral Home on Friday from 4-7 PM.
In lieu of flowers, remembrances may be made to either Stillwater Public Library or Ohio State U. James Cancer Ctr.