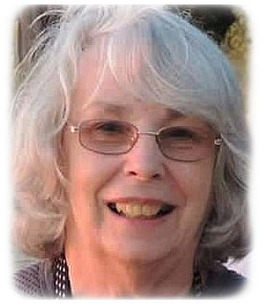 STILLWATER - Phyllis J. Hoffman, 79, died peacefully on June 16, 2022 at Slate Valley Center for Rehabilitation and Nursing, Granville, after a very brief illness. Born in Watertown on August 6, 1942, she was the daughter of the late Francis and Stephanie McCarthy Roe and wife of the late Donald J. Hoffman, who died earlier this year.

Phyllis held various jobs throughout her life and most recently worked as a teacher’s aide at Stillwater High School. At home she enjoyed gardening and had amazing knowledge about the many varieties of flowers she grew. She was also very talented in arts and crafts, sewing, embroidery and more. She made blankets for all of her grandchildren as keepsakes as well as beautiful wreaths and bouquets that she would share with family and friends. She also had a love for classic movies and music that spread throughout the family. Phyllis also made sure photographic memories were captured at family gatherings and events, even to the debate of her husband Donald. All in all, she was the glue that held an ever growing family together and her care and concern for her family was uplifting to all.
Phyllis was a longtime member of the Kingdom Hall of Jehovah’s Witnesses, Clifton Park.

Sadly Phyllis was predeceased by her husband Donald, her first husband Harry Seay, who died in 1966, a daughter Wendy Thilking, and brothers David and Joe Roe.

Calling hours on Wednesday June 22nd from 4 - 6:30PM at the DeVito-Salvadore Funeral Home, 39 S Main St, Mechanicville, NY 12118. A funeral service will follow at 6:30PM. In lieu of flowers, memorial contributions may be made to the Alzheimers Assoc, 1003 New Loudon Road, Suite 201 Cohoes, NY 12047 in memory of Phyllis J. Hoffman.