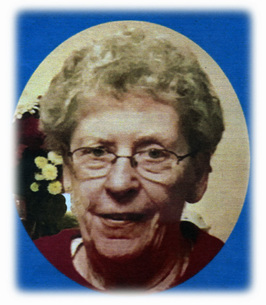 MECHANICVILLE- Nancy Catherine Pregent Fabi, 82, passed away Saturday July 17, 2021 following a long battle with Alzheimer’s Disease. Nancy was born and lived in Mechanicville for her entire life. Quite possibly “the best lady ever”, Nancy was a dedicated housewife who raised five children as well as nine grandchildren. Additionally, she babysat children for more than 30 years, loving and caring for each of them as if they were her own family. She wanted nothing more than to have her family around her at all times, including sometimes rowdy Thursday and Sunday family dinners. She and her husband Carl enjoyed spending time with their lifelong best friends Mary Carol and Joseph Lanzone, going on weekend trips, winter getaways in Florida, going to the Northway Church for mass, eating at one of their favorite restaurants, D’Raymond’s, and playing cards. Nancy also had a lifelong friendship with Phyllis Verdile, who helped her look as beautiful on the outside as she was on the inside.
She is survived by her loving and devoted husband, Carl F. Fabi, who she married on May 9, 1959; five children, Patricia (Edward) Ryder, Charles Fabi, Catherine (David) Ryan, Mary (Salvatore) Cimino, and Barbara (Raymond) Ruchel; 9 grand-children, Edward, Carl, Mary Catherine, Megan, Micaela, Benjamin, Salvatore, Samuel, and Sarah; and 4 great-grand-children, Cassidy, Aria, Lucas, and Colt.
Along with her parents Harrison and Catherine Pregent, she was predeceased by her brothers Richard and Michael (Donny).
The Fabi family extends their heartfelt appreciation and gratitude to the staff at Wesley Health Care Center for the care and kindness shown to Nancy during her stay there.
In keeping with Nancy’s wishes, calling hours will be private. A Mass of Christian Burial, which all are invited to attend, will be held on Wednesday at 1230PM at All Saints On The Hudson Catholic Church(St. Paul's), 121 N Main St, Mechanicville NY 12118 with burial to follow at the Saratoga National Cemetery. In lieu of flowers, memorial contributions may be made to The Alzheimer’s Association.