To share your memory on the wall of Robert Carney, sign in using one of the following options:

To send flowers to the family or plant a tree in memory of Robert E. Carney, please visit our Heartfelt Sympathies Store.

We encourage you to share your most beloved memories of Robert here, so that the family and other loved ones can always see it. You can upload cherished photographs, or share your favorite stories, and can even comment on those shared by others.

Posted Jun 02, 2021 at 08:05pm
Love, Your EB friends. We are sending our very best thoughts and prayers to you and your family!

Flowers were purchased for the family of Robert Carney. Send Flowers

Flowers were purchased for the family of Robert Carney. Send Flowers

Posted May 31, 2021 at 12:17pm
I was so sorry to hear Bob passed away. He was a great friend, and will be missed. When he left California, on his birthday, we had a life size cardboard picture of him made, and had a birthday party with the cutout there. We video taped it and sent to Bob so he could get a good laugh. Later, I brought that cutout to Tahoe with me, it was funny seeing him go everywhere with us. After many years, I was in Mexico with my sister and we decided to try and get his phone number. After searching, we found it! Forgetting the time difference, we dialed the number. We got a message, so I left my message in a song ( There’s a Moon out tonight) I knew he would know it was me, with that song. He said he heard that, and FLEW over the furniture to grab the phone! We had a great talk, told each other we missed each other. I was hoping someday we would see each other again. Rest in peace, my friend.
Prayers to family, you lost a good one, that is for sure.
Comment Share
Share via: 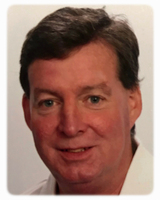