To share your memory on the wall of Richard Allen, sign in using one of the following options:

A technician with A T & T headquartered in Albany for 40 years, retiring in July 1999.

Dick was an avid collector of antiques and especially loved Model A Fords. He was a member of several auto clubs, the Adirondack A's, a Ford Model A car club, the Mohawk Auto Club and the Gas Engine Club of Schaghticoke.

For 23 years, Dick served as a charter member of the Saratoga National Cemetery Honor Guard Assoc, providing deceased veterans a military honors internment. Dick was a well thought of member, always ready to pitch in, serving as a member of Wednesday's honors detail. For his unselfish duty, his comrades thank him for a "job well done."

Survivors include his wife, Christine Allen, whom he married in 1991, a daughter Erin (Edmund) Cornwell of Johnston, R.I. and son Richard (Mary) Allen, Jr. of Sparta, N.J., along with three grandsons, Christopher, Patrick and Shawn Allen, also niece Robin(Bob) Cuddey. Dick was predeceased by a brother William Allen.

On Wednesday April 28th at 1 PM, Dick will be interred at the Saratoga National Cemetery, following Military Honors performed by his fellow squad members of the Honor Guard and the US Air Force Honor Guard.

In lieu of flowers, remembrances may be made to the Saratoga National Cemetery Honor Guard Assoc., (SNCHGA) 200 Duell Road, Schuylerville, NY 12871, in respectful memory of an American Patriot.
Read Less

To send flowers to the family or plant a tree in memory of Richard J. "Dick" Allen Sr., please visit our Heartfelt Sympathies Store.

We encourage you to share your most beloved memories of Richard here, so that the family and other loved ones can always see it. You can upload cherished photographs, or share your favorite stories, and can even comment on those shared by others. 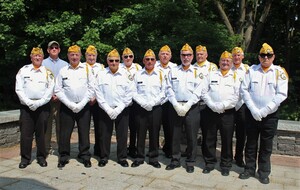 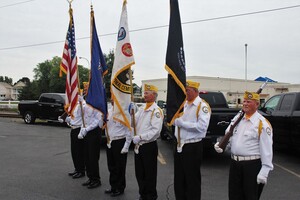 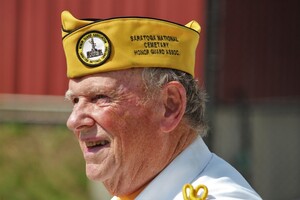