To share your memory on the wall of John DeVito, sign in using one of the following options:

Calling hours will be held on Sunday, February 21 at his childhood home, DeVito-Salvadore Funeral home, 39 S Main St, Mechanicville, NY from 3-5PM. Funeral home service will be Monday at 10AM followed by military honors and burial at Saratoga National Cemetery. Covid-19 protocols will be in place for all services. In lieu of flowers, contributions may be made to the Saratoga Hospital Foundation, 211 Church Street, Saratoga Springs, NY 12866 in memory of John E. DeVito.
Read Less

To send flowers to the family or plant a tree in memory of John E. DeVito, please visit our Heartfelt Sympathies Store.

We encourage you to share your most beloved memories of John here, so that the family and other loved ones can always see it. You can upload cherished photographs, or share your favorite stories, and can even comment on those shared by others.

Posted Feb 21, 2021 at 07:06pm
John and family—
We were sorry to learn of John’s passing. We always looked forward to him (and your Mom) coming to Florida for the winter months. We really missed seeing him sitting on his front patio with cigar in hand the last couple of years. Our sincere sympathies to you and your family at this very difficult time.

Posted Feb 20, 2021 at 04:22pm
Johnny - remembering the fun our families had together those days in Ballston Lake in the late 70s. I am so sorry for your loss and my heart goes out to you and your family. I found a photo I took of your parents from 8/21/05 at Saratoga. With deepest sympathy - Carol (nee Petelinkar), Leopoldo, and Elyse Perez

Posted Feb 20, 2021 at 09:56am
From our Florida families to yours with deepest sympathy. David Wixted, Diane LaVigna, Paul Wixted, & Jen Kagarise.

Flowers were purchased for the family of John DeVito. Send Flowers

Posted Feb 19, 2021 at 08:30pm
Jake, our prayers and thoughts are with you and your family during this difficult time. Diane and Jerry D'Alessandro, Ocala, Florida
Comment Share
Share via: 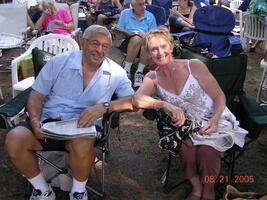 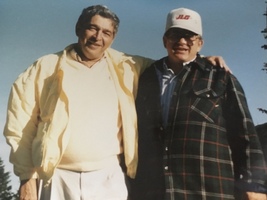