To share your memory on the wall of Paul Murray, sign in using one of the following options:

To send flowers to the family or plant a tree in memory of Paul E. Murray, please visit our Heartfelt Sympathies Store.

3 trees were planted in the memory of Paul Murray

Posted Nov 15, 2020 at 10:05pm
Erin, Megan, Kerry Ann, Tara Rose - I have such great memories of your Father as a teacher in Mechanicville...and always seeing your parents at the Grand Union.

Your dad was such a gentle soul whose memory will live on in all of you throughout your lives. Sending you peace, love and light at this time.

Posted Nov 11, 2020 at 08:49pm
Meghan and Kerry. I am so sorry to hear about your father. You are in our hearts and prayers. Ángela, Kathleen AnnMarie Brian and Micheal Murray.
Comment Share
Share via:
HS

Posted Nov 11, 2020 at 04:45pm
Please accept our heartfelt sympathies for the passing of Mr. Murray, a remarkable man. Our thoughts are with your family during this difficult time.

Flowers were purchased for the family of Paul Murray. Send Flowers 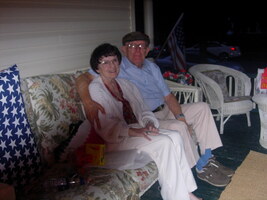